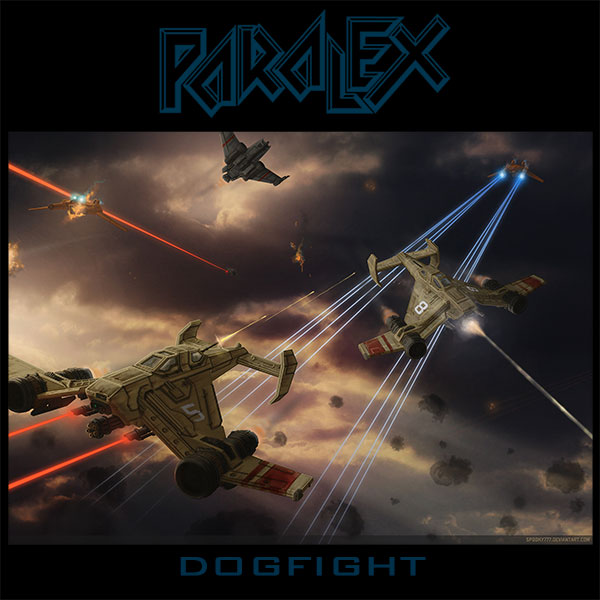 Here’s the second track of our ‘Legacy’ project: Dogfight, which was first recorded in April 1984 at the East Midlands Recording Studio (EARS) in Sleaford, UK.

Set in the distant future where the skies are constantly monitored for signs of alien invasion, the call finally comes – Scramble! – and our heroic pilots scream into the night sky to engage the ‘enemy’, even if we don’t know that they are!

Inexplicably, when the cassette (remember those things?) demo came out of this track, it was speeded up so much that Phil sounded like he was on helium! It’s been slowed down a lot now, but we hope you’ll agree it’s still a ripper of a track.