It’s May 2nd, 1981; 11.30 pm at the Boat Club, Trentside, Nottingham. The band has finished and roadies are ferrying amps, cabs and instruments through the audience, down the stairs and into the van.
It had been a good gig. Not a great one, but the two-hundred or so people in the audience had demanded two encores and would’ve liked a third so the band were fairly sure that they had gone down okay and could look forward to returning to the club in a couple of months.
Paralex think that it’s important to have an enthusiastic following in their home area….

Paralex formed late 1977, originally as a three piece – Mark Gibson (guitar, vocals), Carl Henfrey (drums) and Gary (Yogi) Curtis on bass. They soon recruited a vocalist/rhythm guitarist in the form of Ian (Lobba) Dobbs. Soon after, Curtis left and Lobba took over the duties on bass. The band soon saw the need to evolve and added a second guitarist, Rob Hunter, who joined in ’78. Playing a mixture of classic rock covers and original material, the band gigged extensively around their home county of Nottinghamshire.

1979 saw another change in line up, with the addition of a separate vocalist, Phil Ayling, who had been the band’s sound engineer for some time. Concentrating now on penning their own material, the band started leaning away from the commercial sound and toward the heavier, metal end of the musical spectrum. The band soon built up a solid following and earned a reputation as Newark’s finest rock band, constantly selling out venues wherever they played. Due to hearing problems, Rob was forced to quit the band and was replaced with Kev (Biffo) Bower. 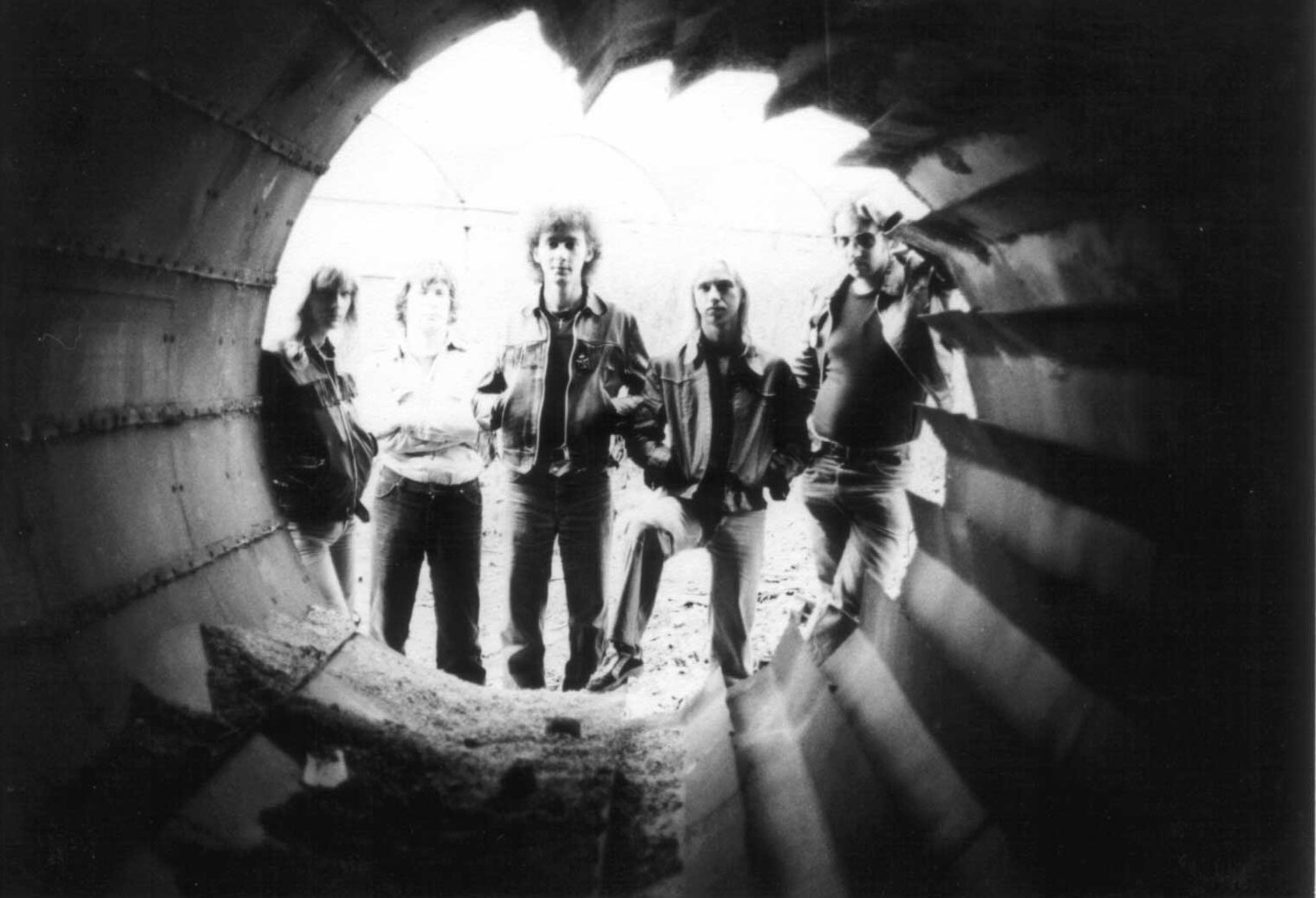 This was a major turning point for the band, now writing much stronger material and putting a lot more into the visual aspect of their shows with choreographed sequences, maroons, pyrotechnics and ,of course, the obligatory dry ice.

In 1980, Paralex recorded a five-track demo at the Revolvo Studios at Hull. The finished tape was sent to all prospective heavy metal labels in the hope of securing a contract. The band hit a brick wall, with most of the labels complaining of the band’s lack of commercialism. The band, however were in no mood for compromise and slogged on round the circuit, dishing out their brand of Pure Metal to frenzied metalheads up and down the country.

Competition from other bands was fierce, with literally hundreds of unsigned bands doing the circuits and forming a movement which became known as the ‘New Wave Of British Heavy Metal’ or NWOBHM.

Paralex’s break came unexpectedly when a couple of the band attended a Quartz gig. They were recognised by Quartz’s management, who invited the band to a meeting with their record company, Reddington’s Rare Records of Birmingham, who were eagerly snapping up young hopefuls spearheading the NWOBHM.

“… a dynamic pair of duelling leads who manage to combine power with true invention”.

The meeting ended with the signing of a contract and the release of some of the tracks from the Revolvo recording session. The result was a three-track EP entitled ‘Travelling Man’. The record was well received, selling out of its initial pressing in a couple of months and the band hit No.11 in the independent records chart. The band embarked on a nationwide tour and played to packed venues. These were the glory days for the band. Alas things didn’t last long and relations with the record company began to sour when Reddington’s informed the band that they wanted to record their first album at a live gig. The band wanted their first effort to be the best they could possibly deliver and demanded that it be recorded in a studio. Neither side would yield and the two parted company.

Although this was a backward step, it didn’t affect the band’s attitude and they lost no momentum. The EP was being featured on rock shows regularly and the band had interviews on local and national radio. Their material was becoming a lot stronger and the musicians more accomplished. However, disillusionment led to the departure of Lobba on bass, who was replaced by Tony Speakman. 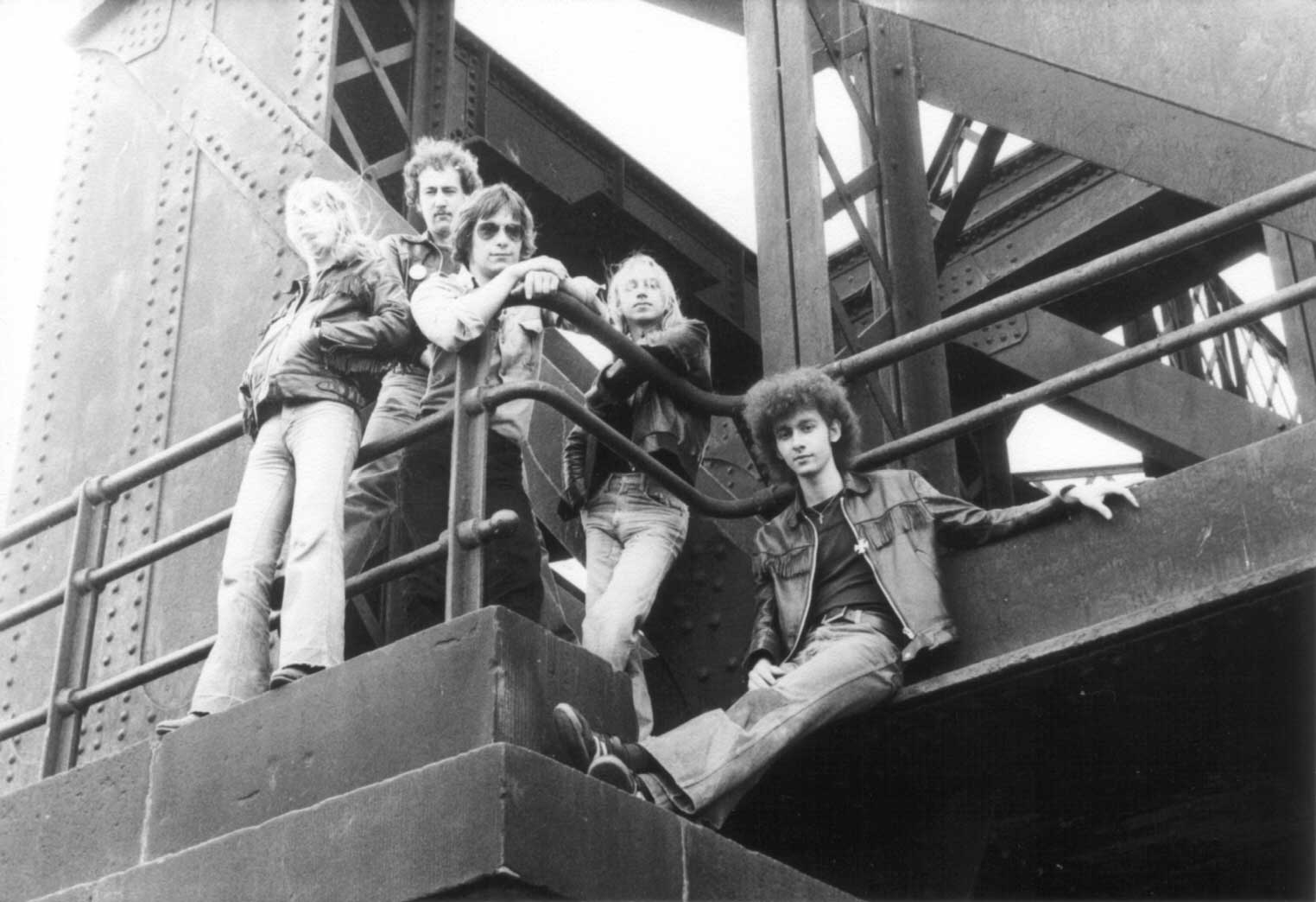 In 1981, the band took on new management and recorded a session for the local Radio Trent rock show. The result was the aforementioned ‘Gettin’ Somewhere’. Broadcast February 1981, it seemed to give the band added determination and impetus. The band played some prestigious gigs, including headlining the final night of the annual open air festival in the centre of Nottingham.

Throughout ’81 the band was constantly gigging, but there was a sense of frustration due to lack of progress and friction started to develop between members of the band. This culminated in November with the split of Kev, Tony (who both went on to form Hell) and Neil from the band, with Mark and Phil left to pick up the pieces.

During 1982 they went through numerous auditions and rehearsals in the search for replacements. The line-up that finally emerged was Jez O’Donovan on drums, Dave Blundy on bass and Ian Johnson on guitar. This was possibly Paralex’s strongest line-up. With renewed vigour, the band started rehearsing new material and with the ebbing of the NWOBHM came a different direction – Thrash and death metal.

“The band’s material is exciting and original, with twin lead guitars being put to effective use in many songs which, incidentally, tend towards length rather than brevity but are excellently structured and in no way tedious”.

By late ’83, Paralex were ready to take their brand of metal  back on the road. Once again they were well received everywhere they played. In May ’84 the band returned to the studio, this time EARS at Sleaford to record a two track demo entitled ‘Dogfight’ for the purpose of winning a contract. Again, limited responses were received due to the  ‘uncommercial nature’ of the material, but also probably due to the glut of recently signed up talent from the NWOBHM. It seemed as if Paralex had just missed the wagon.

The band continued playing throughout ’84 and mid ’85 brought the departure of Ian from the band, who was quickly replaced by Mark (Whack!) Walker. Mark fitted in well with the band and brought his own style to the group. In May ’86 the band recorded a four-track tape on Mark’s home studio deck ‘We Are Not the First’ but even though it was some of the band’s best material to date, they didn’t even bother distributing it.

“… rivetting with a motorized riff that induces an all-out fit of headbanging frenzy”.

It seemed that the band had come to the end of its (probably too long) life. When Mark announced he was leaving the band, everyone decided to call it a day. The band hasn’t played together since.

Although Paralex weren’t the best band on Earth, they held their own with the best of them, got off the bottom rung of the ladder and accomplished much more than many other bands managed to achieve at that time. They played with a passion and commitment that didn’t go unnoticed by other muso’s, whether they loved or loathed them, and although the band didn’t realise it at the time, they had an influence on other up-coming bands. Indeed, one Lars Ulrich formed Metallica after getting into the NWOBHM.

Paralex didn’t quite make it, but they sure gave it their best shot!